Pope Francis has much insight into liturgy, though he is rarely credited with being “a liturgical pope.” This post continues a series that will examine and reflect upon the multifaceted thought of Pope Francis concerning liturgy, as it has been expressed in numerous teachings, homilies, statements, and addresses. The series is an invitation not only to notice, but also to take Pope Francis’s liturgical insights to heart, considering how they might inform (and challenge) our own liturgical praxis and spirituality.

Pope Francis has drawn on the fearlessness and compassion of his namesake, St. Francis, to guide his papacy.  As Pope Francis described, this “saint of fraternal love, simplicity and joy” inspired the writing of Fratelli Tutti, the 2020 Encyclical on Fraternity and Social Friendship.

In this encyclical, drawn from Pope Francis’ numerous other statements on social responsibility and action, he focuses on the theme of encounter—the potential which humans hold in their hands to engage one another—and the living God—and their broken refusals to do so.  Francis laments how our human hearts are sundered into labyrinths, because we are tempted—or taught—to “build a culture of walls, to raise walls, walls in the heart, walls on the land, in order to prevent [the] encounter with other cultures, with other people” (Fratelli Tutti 27).

Francis admits that this human tendency to separate and divide—so sharp in our present age in both its physical and social iterations—denotes a “natural instinct of self-defence” (FT 41).  And yet, as he reminds, humans are more than bundles of natural instincts.  We are made in the image of God: the creature in creation who is uniquely endowed with a “creative openness” to others, with a unique ability to listen “attentively” to those around us (FT 41, 47).

The ability to be open—and to listen—allows us “to encounter the other” (FT 41).  In fact, we cannot live, develop and find fulfilment except “in the sincere gift of self to others.”  As Francis describes:

“Life exists where there is bonding, communion, fraternity; and life is stronger than death when it is built on true relationships and bonds of fidelity.  On the contrary, there is no life when we claim to be self-sufficient and live as islands: in these attitudes, death prevails” (FT 87).

Notions of encounter indubitably resonate with Christian sacramental practice and liturgical worship.  But, in this moment here, I wish to point to the surprising consonance between Pope Francis’ hopes for the social transformation of the human community through openness, dialogue and encounter…and his views on the possibilities for and use of language in the liturgy. 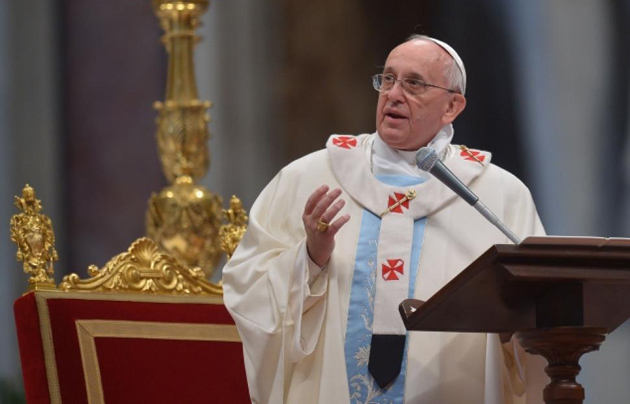 Our languages are a primary means in which we engage, interpret, and communicate reality.  Language is how we come to know one another, and the means in which we are able to listen to one another.  For Christians, it is with words that we hear our faith preached and proclaimed to us, and it is with words that we celebrate the sacred mysteries.  Indeed, it is the Word that invites us to know the Living God.

In the same way, Pope Francis reminds, it was with words that Saint Francis of Assisi “addressed his brothers and sisters and proposed to them a way of life marked by the flavour of the Gospel” (FT 1).

But how would we, in this present age, know the flavour of the Gospel, if we lacked the tongue to taste it?

Pope Francis addressed the faithful’s ability to taste the Gospel in a surprisingly direct way with his issuing of the September 9, 2017 motu proprio, Magnum Principium, which revised the principles for use in liturgical translation.

In this motu proprio, Francis describes the Bishops’ work of preparing and approving vernacular translations of the liturgical books as a “weighty task,” following the magnum principium (great principle) of the Second Vatican Council fathers: that “liturgical prayer [is to] be accommodated to the comprehension of the people so that it might be understood” (Magnum Principium).

While Francis recognizes the “attendant sacrifice involved in the partial loss of liturgical Latin” in use for centuries, at the same time, the post-Conciliar Church “willingly opened the door so that these versions, as part of the rites themselves, might become the voice of the Church celebrating the divine mysteries along with the Latin language” (Magnum Principium).

The language in which we pray has long been a point of contention for Christians, and the process and techniques of translation in the last sixty years have prompted much discussion (and disagreement), from Christian theologians to the Faithful who sit in the pews (even the infrequent ones).

Specifically, Pope Francis’ document attempts to “make collaboration in this service to the faithful between the Apostolic See and Episcopal Conferences easier and more fruitful,” with the modification of canon 838, §§2 & 3 of the Code of Canon Law.  This affects—and limits—the application of Liturgiam Authenticam in the future translations of texts.

But, setting these more technical issues aside—I’d like to consider more deeply the why behind Francis’ attention to liturgical language, and how it is related to the notion of “encounter,” so present in his other works.

Francis tells us this:

“The object of the changes [directed in Magnum Principium] is to define better the roles of the Apostolic See and the Conferences of Bishops in respect to their proper competencies which are different yet remain complementary.  They are called to work in a spirit of dialogue regarding the translation of the typical Latin books as well as for any eventual adaptations that could touch on rites and texts.  All of this is at the service of the Liturgical Prayer of the People of God (Magnum Principium).”

Language is a primary means of encounter.  In liturgical languages, the inculturated, embodied 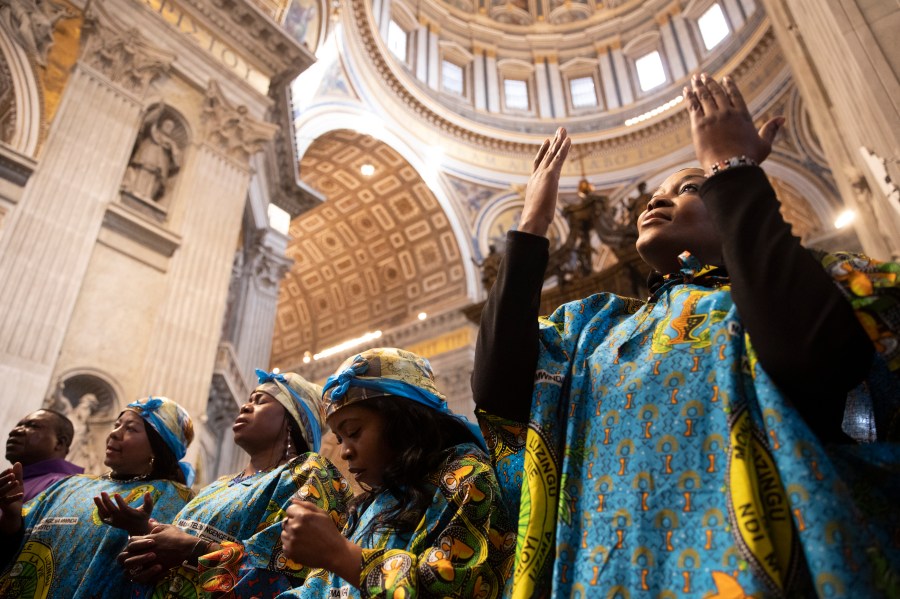 faithful most profoundly encounter the living God.  Language is at the service of the People of God—so that every tongue might confess that Jesus Christ is Lord.  And so, the process of translation should be touched by this sense of dialogue and response to particular circumstances.  Francis seems to suggest that there may not only be further translations, but further adaptations of the Roman ritual books—perhaps like that of the Zairian Rite.

Also significant, Francis describes the function of liturgical translation in this excerpt:

“The goal of the translation of liturgical texts and of biblical texts for the Liturgy of the Word is to announce the word of salvation to the faithful in obedience to the faith and to express the prayer of the Church to the Lord.  For this purpose it is necessary to communicate to a given people using its own language all that the Church intended to communicate to other people through the Latin language (Magnum Principium).”

Such flexibility in language moves away from the more literal translation process necessitated by Liturgiam Authenticam, and moves toward the principles of dynamic equivalence, as described in Comme le Prévoit.

This is not some “progressive” versus “traditionalist” baggage being trotted out once more, and we must not dismiss Francis’ approach to language as such.  Rather, I would argue this:  Pope Francis views liturgical language with the same eye as he does human communities and social friendship.  He is attentive to contexts, to a vision of human love which goes beyond “the level of words” (6), and communication which builds and transforms.  In fact, it is in allowing for our differences to flourish that our humanity is enriched.

There are no one-size-fits all possibilities for the People of God.

“[W]e want to be a Church that serves, that leaves home and goes forth from its places of worship, goes forth from its sacristies, in order to accompany life, to sustain hope, to be the sign of unity… to build bridges, to break down walls, to sow seeds of reconciliation  (FT 276).”

If we cannot understand our Church’s words with clarity, we have scarce hope of responding to the “invitation to dialogue among all people of good will” (FT 6).

For Francis, our words allow us to enter into this mystery of encountering the Other.  If we are to build a “civilization of love” (FT 183), we must start by hearing and speaking the flavor of the Gospel with the unique setting of our vernacular speech—in our own tongue.  It was in this way that the hearts of those gathered in Jerusalem first heard the preaching of the apostles—in languages they understood.

Without words we understand, how will we, in this age, be able to hear, let alone to listen?  As Pope Francis urges: “We must not lose our ability to listen” (FT 48).  And, just as Saint Francis experienced in his own graced life, this “listening” not only allows us to hear the voice of God, but also the voice of the poor, the infirm, and of nature (FT 48).

Certainly, for a biologist who has famously spoken of the church as a smelly sheepfold and a field hospital, the seemingly ethereal world of language appears beyond the scope of Francis’ interest.  And yet, the practical pastoral senses which guide his social teaching are directly reflected in his teaching with respect to translations and adaptations of liturgical language.

And so, let those who have ears, hear:  taste, and see that the Lord is good.