Across the scores of undergraduate students who populate our pews for Mass, we’ve seen a decided uptick in one particular demographic:  young women who elect to wear the mantilla or “chapel veil” during the celebration of Mass. These veils come in black or white faux “lace,” and usually reach to just below the shoulders.  Certainly, not every young Catholic woman in our congregation, or even the majority of them, wears a veil; yet, of the 30 women in my line of sight from the organ bench at an all-campus Mass, I can count 5 “chapel veils”—an informal and unscientific survey which yields about 15% of our select, Mass-going population of Catholic undergraduate students as “veil-wearers.”

The practice of head-covering has deep roots in religious practices of the ancient world, as well as continued traditions of cultural piety in Euro-North American contexts.  For Catholics, veil-wearing has also officially been articulated in canon law, most recently, within the 1917 Code of Canon Law at canon 1262 §2:

Men, in a church or outside a church, while they are assisting at sacred rites, shall be bare-headed, unless the approved mores of the people or peculiar circumstances of things determine otherwise; women, however, shall have a covered head and be modestly dressed, especially when they approach the table of the Lord.

Yet, despite the “law on the books,” and beyond the living memory of my undergraduate ladies (born between 1996-2000), Catholic women had begun to abandon the practice of head-covering even before the Second Vatican Council.  By the mid-1970s, the practice had all but disappeared, a fact that was explicitly acknowledged and accepted by Paul VI’s Inter Insigniores (1976), which explained the seeming neglect of an ordinance of canon law:

It must be noted that these ordinances, probably inspired by the customs of the period, concern scarcely more than disciplinary practices of minor importance, such as the obligation imposed upon women to wear a veil on their head (1 Corinthians 11:2-16); such requirements no longer have a normative value (no. 4).

In turn, the 1983 Code of Canon Law did not reissue the canon, and by doing so, effectively nullified the previous 1917 code.  While some women continued to wear hats (I distinctly recall a gray-haired woman who wore a weird woolen stocking cap covered with wooden beads in my 1980’s grade school parish experience), the practice was relatively limited to older parishioners, and was no longer stipulated or encouraged amongst the faithful.

The rapidity of the death of veils, hats, or (in a pinch) handkerchiefs or tissues to cover the head of all women and girls at Mass might be somewhat surprising to us.  It is also interesting to note that, perhaps contrary to the imagined narrative, the wearing of veils was not suppressed by any document of the Second Vatican Council, but, for better or worse, became one of the cultural casualties of the latter half of the 20th century.  Not only the proper attire for Sunday worship, but women’s styles in general changed radically over the course of some 15 years (1955-1970). 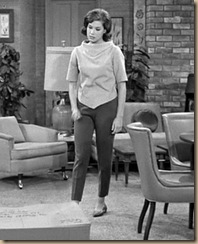 Remember (or have you heard) how shocked the world was when “Laura Petrie” (Mary Tyler Moore) wore pants on the Dick Van Dyke Show?  While pants appeared, hats, gloves, panty hose, and worse all saw their day, and have been gleefully kissed goodbye by mainstream Western (and, in this context, American Catholic) culture.  In the present, such formalities of dress are only seen in the most traditional of Anglo circumstances, namely, the royal family in the United Kingdom.

So, what of the young ladies who are re-embracing a habit which was naturally abandoned more than five decades ago?  Perhaps it coincides with a desire to take on a physical “habit” which displays identity (much as some younger congregations of religious sisters have done).  I have asked some of these young ladies why they wear their veils—one noted how she appreciated Paul’s instruction, and noted how wearing a veil made her feel more respectful at Mass.  Likewise, I was told, “Since others are wearing the veil, I feel more comfortable doing it.” Apparently, there is some “strength in numbers,” or perhaps, the emergence of a sub-culture in which veil-wearing is acceptable.

An internet search for chapel veils, if you are interested, yields a surprising plethora of results, including tips on color, style, how-to’s, and etiquette.  For example, Veils by Lily explains what to do with one’s veil in the delicate situation of a wedding, where one would not wish to usurp the bride:

If the wedding is in a Catholic Church where the Blessed Sacrament is reserved in the tabernacle, then yes! That said, it may be best to avoid white so as not to match the bride. You might also want to steer away from black so as not to appear to be in mourning. Black & gold is a great, subtle combination for festive occasions. You can also match the color of your outfit; for example, you can pair a gray veil with a gray outfit, or a black & blue veil with a blue outfit. 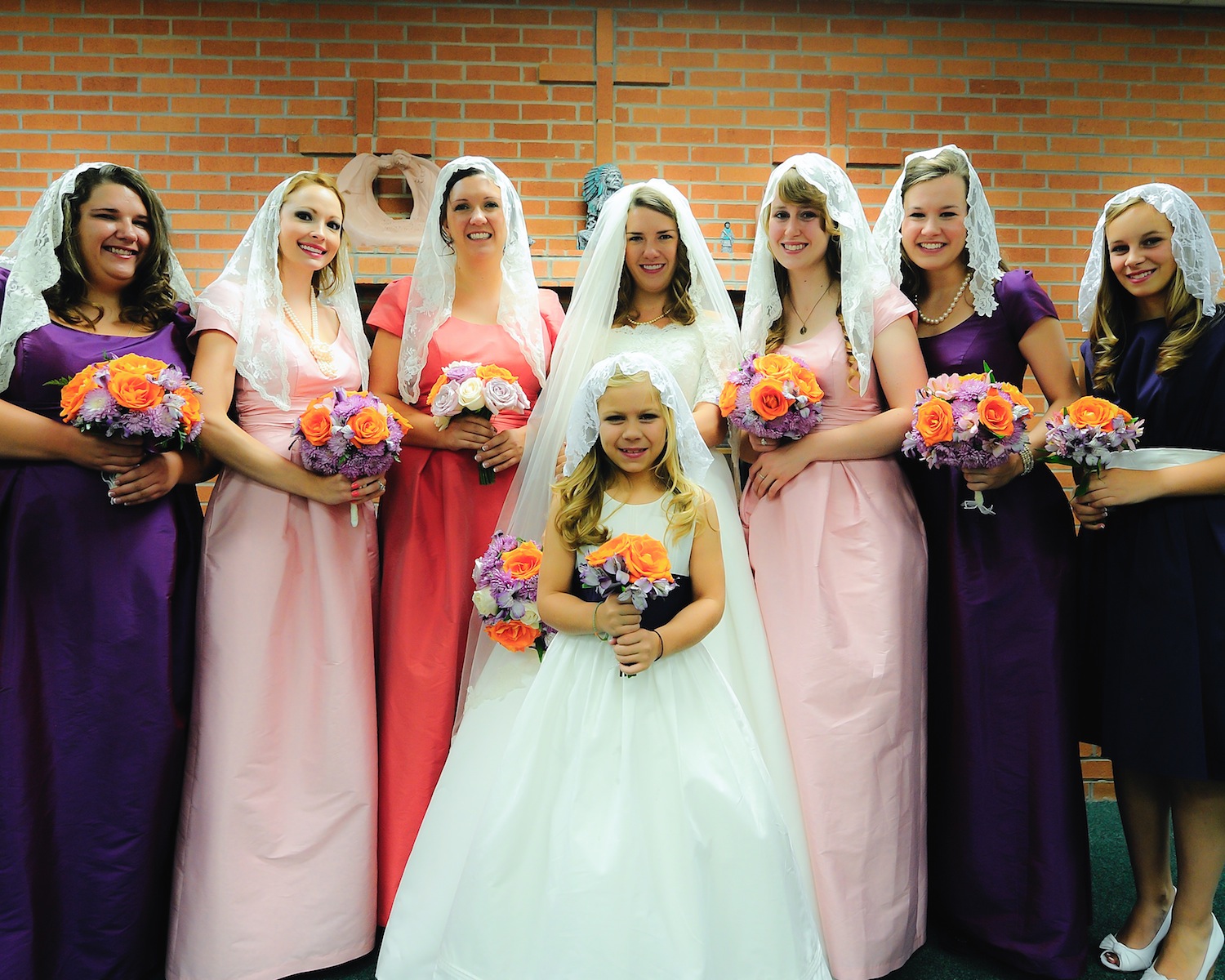 Other sites, such as Fashionista, recount reasons that young women have begun “re-adopting” the chapel veil, such as journalist Whitney Bauck’s piece in which she asks several young Catholics why they wear the veil, including Forest Hempen, a 24-year-old woman from Ohio who confessed having a “holy crush” on Pope St. John Paul II:

To Hempen, chapel veils represent a whole range of things: a way to emulate the veil-wearing Virgin Mary, an experience of “authentic femininity” that sets women apart as specially blessed bearers of life and a reminder that she and all members of the church are to consider themselves brides in a symbolic marriage to Jesus, whom the Bible sometimes describes as a bridegroom.

Aside from fashion tips and personal testimonies, rest assured, there are a multitude of avenues one can pursue to purchase a veil—from sites peopled by independent artists to worldwide internet shopping platforms who sport a smile as their logo.

Will chapel veils continue to be a trend (even if limited) among young, Catholic women?  Or will they go the way of fanny packs and cargo pants?  Or, is the re-emergence of the veil among millennial and “Generation Z” Catholics one glimpse of a Church of the future which is beyond the veil of our own present imagination?