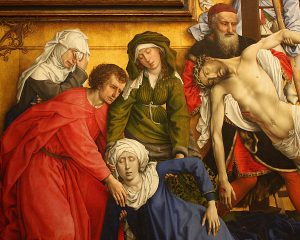 Soul-searing beauty has the power to permeate the places we so often guard, to allow the grace of God’s love to enter.

END_OF_DOCUMENT_TOKEN_TO_BE_REPLACED

A grief-stricken nation watched the President’s [John F. Kennedy’s] funeral on television, and many non-Catholic viewers wondered what type of ceremony this would be. Here was a great religion with an impressive legacy of religious music; here was the funeral of the first Roman Catholic president of the United States, and heads of state from all over the world would be in the congregation. The music had to be nothing but the best.