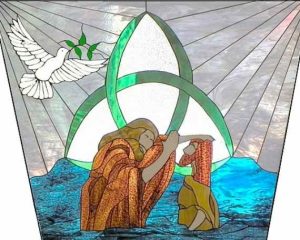 The Christmas Season concludes with the Feast of the Baptism of the Lord. Surprisingly or not, there are people who may not know this.

END_OF_DOCUMENT_TOKEN_TO_BE_REPLACED

In 1670, following approval received in 1615 from Pope Paul V, a translation of the Roman Missal was published in classical Chinese. In the Missal, the feast on January 1st contains all the same readings as the Latin Roman Missal but bears a different title. Instead of the feast of the “Circumcision of the Lord,” the liturgical calendar names the day the “Establishment of the Holy Name of Jesus” (立耶穌聖名).