I am a fan of Janelle Monáe, a singer-songwriter, prophet, and social critic (as well as, according to her Twitter profile, “Rebelutionary, Jeneral, Artist, Writer, Android, Leader, Friend, Time Traveler, Sister, Sinner, Saint, Winner, Loser, Student, Jedi”). Her lyrics and videos are challenging and inspiring, and demonstrate the new media ethic of vulnerable interdependence (see for example “Cold War,” below):

Video (I’m not sure why I can’t get youtube embedding to work): https://youtu.be/lqmORiHNtN4

Her imprint, Wondaland Records, released a song in 2015 that I can only call a “litany of martyrs.” 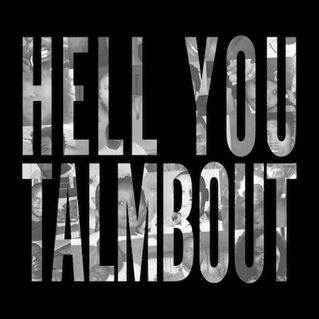 Not so much a tribute to Black Lives Matter as a tributary of that movement, it turns the formula and slogan “Say his name! … Say her name!” into a litanic refrain. It is definitely a stirring piece:

This song is more than structurally similar to a litany of saints. Here, those gone are not forgotten; they are witnesses, in fact, that have a claim on the living. The repetition of their names is a reminder that as unique human individuals, they are irreplaceable and their loss is incalculable.

There are of course differences. The most important is that “Say his name!” is an injunction to an audience; “Pray for us” is a far more confident suggestion that the connection between the remembered and their rememberers is two-directional. In other words, “Hell You Talmbout” expresses anger and grief without (God forgive us) any immediate hope for an end, while somehow, over time, the grief of the church over the loss of its members has slowly turned to a conviction of their abiding mutual presence with us.

The anger in the voices of the singers, though, reminded me that in the early church when the litanic remembrance of martyrs began, there was a great deal, no doubt, of frustration and resistance embedded in the commemoration of those who were victims of state power or mob violence. Today’s Gospel, read today in the St John’s Abbey Church with almost unendurable dignity and clarity, walks, line by line, through the anger, the despair, and the heartbreak of early Christians over Jesus’s rejection by his own people.

But they seized him, beat him,
and sent him away empty-handed.
Again he sent them another servant.
And that one they beat over the head and treated shamefully.
He sent yet another whom they killed.
So, too, many others; some they beat, others they killed.
He had one other to send, a beloved son.
He sent him to them last of all, thinking, ‘They will respect my son.’
But those tenants said to one another, ‘This is the heir.
Come, let us kill him, and the inheritance will be ours.’
So they seized him and killed him,
and threw him out of the vineyard.
What then will the owner of the vineyard do?

What, indeed, will God do?

And what will we do?