Over at the New Liturgical Movement blog there is a post about the ambo that has, since the Feast of Ss. Peter and Paul, become what seems to be a permanent fixture at St. Peter’s basilica. 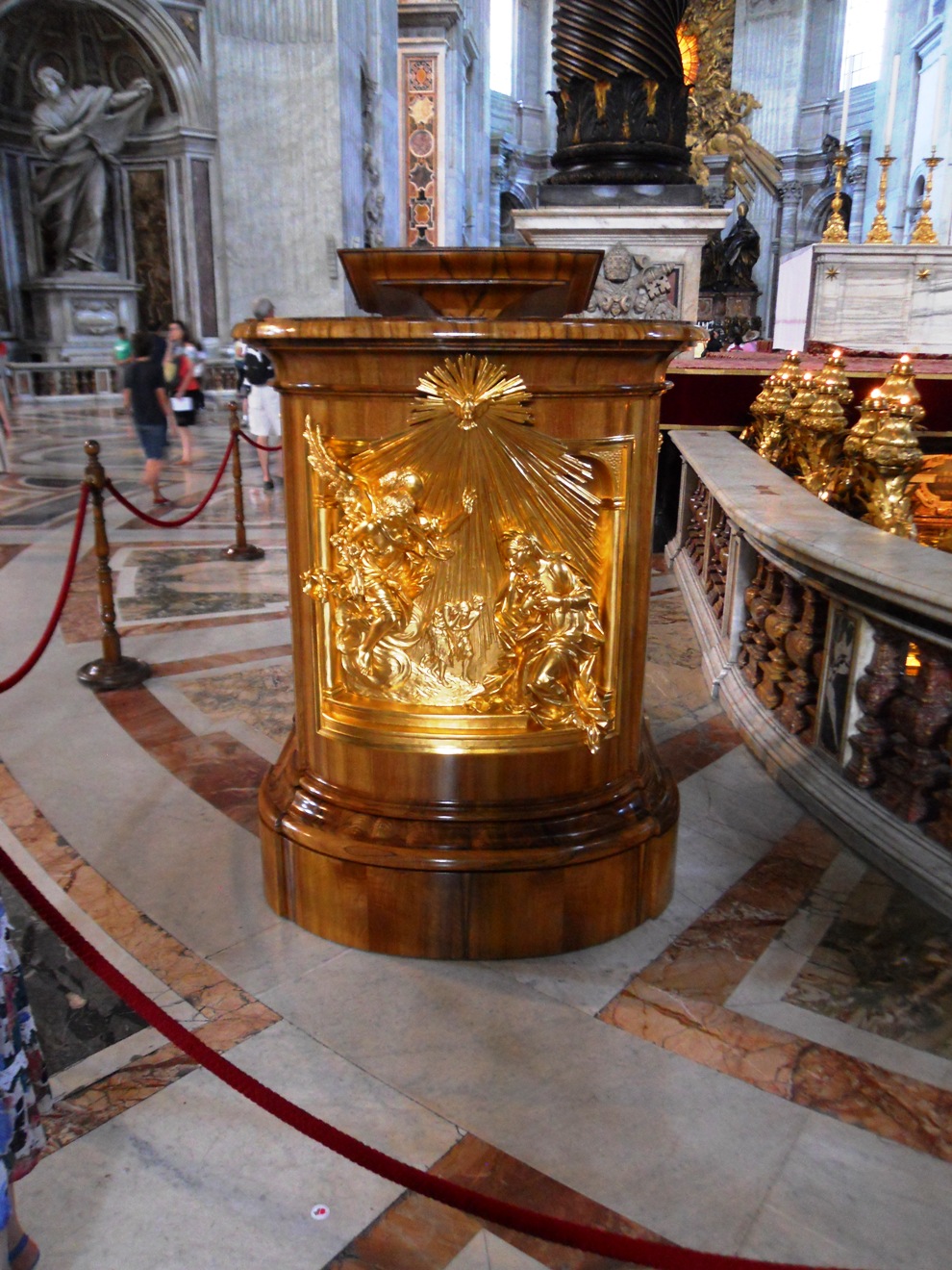 It’s just a piece of furniture, so why be interested in this? The poster at NLM draws some conclusions of his own about how Benedict XVI thinks churches should be renovated, the hermeneutic of continuity, etc.

All well and good, but I think it also shows Benedict’s commitment to the liturgical reforms of Vatican II. Certainly one of the elements of Sacrosanctum Concilium was a greater emphasis placed on the Word of God. The restoration of the ambo as the “place” of the Word, corresponding to the altar as the “place” of the Eucharistic sacrifice, was the architectural correlate to the addition of an Old Testament reading, the three-year lectionary and the transformation of the sermon into the scripture-based homily.

As many no doubt know, St. Peter’s has for the past four decades made do with portable reading stands instead of a proper ambo. If this new ambo is indeed a permanent fixture then I think this is an indication that in the mind of Pope Benedict the ultimate liturgical agenda is not, as some (both pro and con) have claimed, the restoration of what is now called the Extraordinary Form as the norm, but rather a deeper engagement of the post-conciliar reforms with the tradition of the Church.